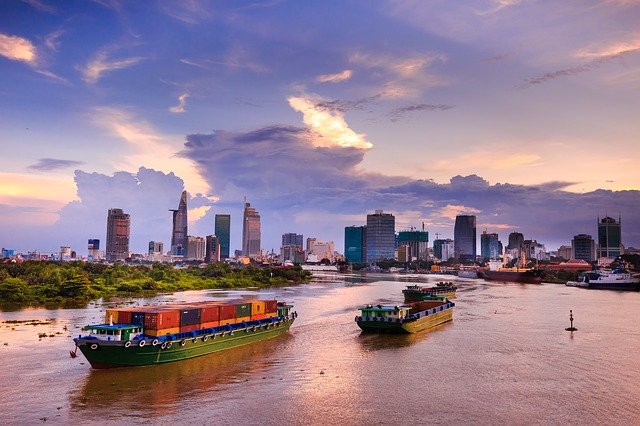 Energy Absolute (EA), a Thai renewable power generation firm, has officially launched its battery-run boat service for public transport on the Chao Phraya River, linking Bangkok and Nonthaburi. The boats can serve 1,200 people a day and incorporate contactless payment options via platforms provided by Krungthai Bank, Europay, Mastercard, and Visa.
As Thailand’s largest green energy player, Energy Absolute (EA) runs the electric boat service through its wholly-owned E Smart Transport Company, which was established in 2019 to operate eight boats. The boats are aluminum-alloy electric vessels, each with a capacity to go for two to four hours on the water without recharging.
According to EA chief executive Sompote Ahunai, the company plans to add another 19 boats by the middle of next year and expands its electric vehicle (EV) businesses.
This development aligns with Thailand’s government to develop seamless urban transportation connectivity linking electric trains, buses, and boats. On the 160th anniversary of Thailand Marine Department, its Director-General Wittaya Yamuang noted that “by 2021, there should be up to 30 ferries providing service before it expands to 200 ferries throughout the country in three to four years.”
(Sources: Bangkok Post; Plugboats)