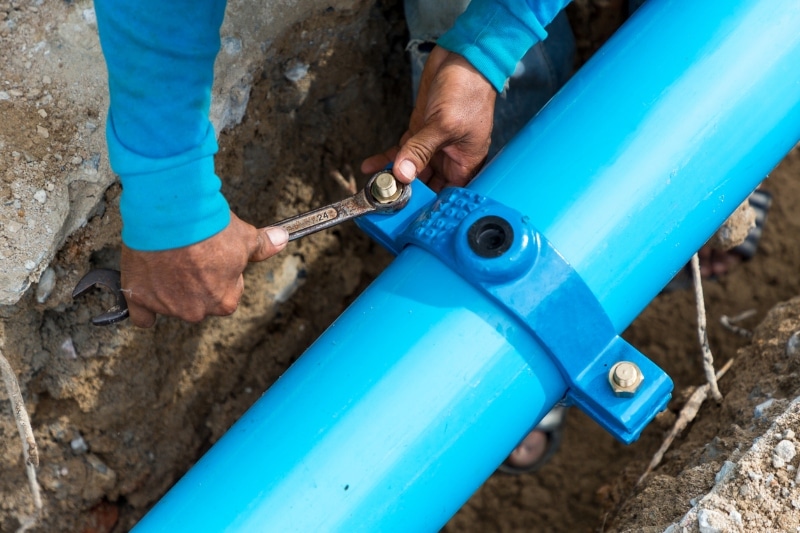 Manila Water signed a usufruct agreement with the local government of Antipolo City for the construction of the Hinulugang Taktak Sewage Treatment Plant in the city.

The Hinulugang Taktak Sewerage System Project will include the construction of a 16-million liter per day (MLD) Sewage Treatment Plant and laying of approximately 6 kilometers of sewer network lines. The sewerage system will help ensure that wastewater from the community is cleaned before being discharged into the Hinulugang Taktak Falls. The commencement of the construction will also help jumpstart the local economy as infrastructure projects resume.

Meanwhile, Maynilad Water unveiled its PHP 969.14 million (USD 20 million) Central Manila Sewerage System (CMSS) Rehabilitation Project. The CMSS Rehabilitation Project involves the upgrade of approximately 9,600 linear meters of sewer lines within 30 barangays in parts of Sta. Cruz and Malate areas in Manila. The project is intended to ensure the sewerage system’s continued reliability and to accommodate a larger volume of wastewater generated by the increasing number of households and establishments in the area. Targeted for completion in June 2021, the project will help to sustain sewerage coverage expansion in the West Zone, ultimately helping to reduce pollution load in the Manila Bay.