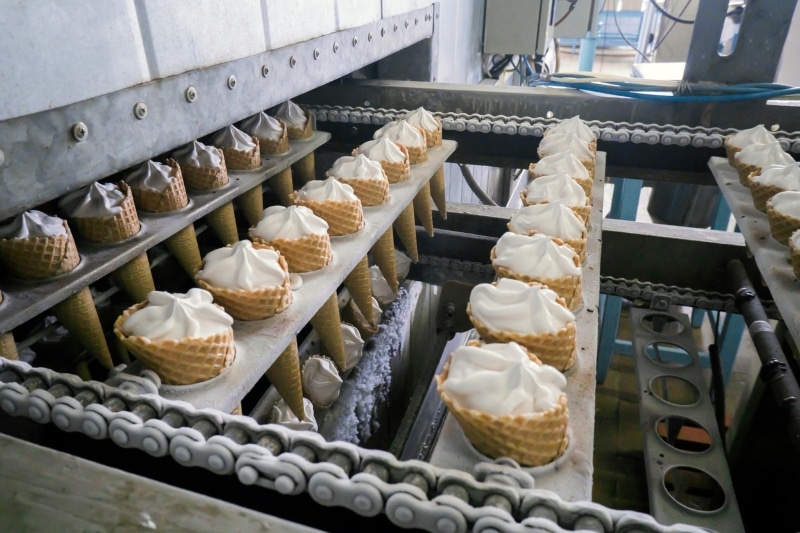 PT Yili Indonesia Dairy, a subsidiary of the Yili Group, has just completed its new smart ice cream factory at the Greenland International Industrial Center, Bekasi, West Java. The construction cost around IDR 2 trillion (USD 139 million). The site covers an area of 17 hectares, which makes it the largest ice cream factory in Indonesia.

The newly built smart factory features innovative solutions with Internet of Things (IoT) and big data analytics. Advanced digital technologies have also been implemented throughout the factory’s entire production chain, including robots for automated packing, palletizing, and warehousing processes. Moreover, the factory has passed multiple certifications, including Halal and ISO 22000.

This project is part of the company’s strategy to meet the demand for Joyday ice cream products, which has been increasing since the beginning of the Yili Group’s entry into Indonesia in 2018. However, the factory will not only focus on the local Indonesian market but the wider Southeast Asian region too. The factory will be able to produce 159 tons of Joyday ice cream per day during its first phase. Projected production capacity will be up to 343 tons per day after the completion of the second stage of investment. Yili Indonesia Dairy has also built a wastewater treatment system with a daily treatment capacity of 2,800 tons